Today
Showers and possibly a thunderstorm before 3pm, then a slight chance of showers between 3pm and 4pm. Some of the storms could produce heavy rainfall. High near 45. Wind chill values as low as 31 early. North wind 16 to 20 mph, with gusts as high as 32 mph. Chance of precipitation is 100%. New precipitation amounts between a half and three quarters of an inch possible.
Tonight
Mostly clear, with a low around 31. North wind 5 to 9 mph becoming light northwest after midnight.
Friday
Sunny, with a high near 60. Wind chill values as low as 32 early. Calm wind becoming southwest around 5 mph in the afternoon.
Weather forecast provided by weather.gov.
Search

This school year, students across the district at Cassville R-IV are encouraged to bring a water bottle from home. In an effort to increase sanitation efforts, drinking fountains have  been shut off, however, students have access to . . .

Cassville United Methodist Church has donated over 400 water bottles to students at Eunice Thomas Elementary. In an effort to increase sanitation on campus, drinking fountains are currently turned off. All students . . .

Employees at Arning Companies are given the opportunity to "dress-down" on Fridays by contributing to the Casual Friday for Charity (CFFC) fund. Arning has chosen to donate money raised through the CFFC program . . .

CoxHealth Virtual Clinic continues to serve as a partner in education for the Cassville R-IV School District. Last week, CoxHealth Virtual employees delivered 500 water bottles to our middle school and high school campuses. In an effort . . .

Students enrolled in the Jobs for American Graduates Program (JAG) were asked to complete a 1,200 word essay answering the following question: Once you graduate from high school and begin your career, how do you plan to give back to your . . . 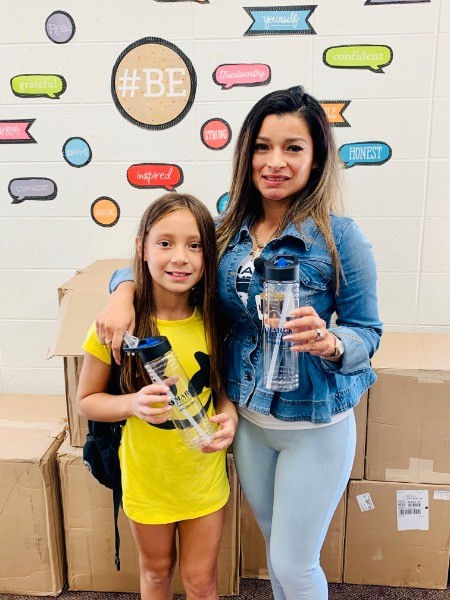 In collaboration with CoxHealth Virtual Clinic, Cassvile R-IV School District will offer virtual clinic visits to district staff, dependents (spouse and children) and students at no cost for the 2020-21 school year.   . . .

Crowder College, Cassville Campus, has donated 75 refillable water bottles to students at Cassvile R-IV School District. In an effort to increase sanitation on campus, drinking fountains are currently turned off. All students . . .

In partnership with Mercy, Cassville Clinic, the Cassville R-IV School Based Mercy Clinic will re-open on Monday, September 21. At this time, providers at the school-based clinic will only care for Cassville R-IV staff and students. The . . .

Cassville Middle School Technology Students Association (TSA) members had plans to attend the state competition at the University of Missouri-Rolla this past spring, however, due to the spread of COVID-19, this competition took place . . .

Pictured, Alicia Jackson and Whitney Craig, both with First State Bank, Cassville, present a check to Cassville R-IV Directors of Learning Traci Mitchell and Eric White. White and Mitchell are accepting the $1,000 donation on behalf of . . .

The purpose of this data is to provide Wildcat families and staff with a transparent summary of confirmed COVID-19 positive cases resulting in exclusion from school activities. This page will be updated regularly when we are notified of . . .

First Baptist Church (FBC), Cassville, has donated 425 refillable water bottles to students at Cassville Intermediate School. In an effort to increase sanitation on campus, drinking fountains are currently turned off. All students are . . .

Sun Loan Company, located in Monett, has donated 100 pencil cases, which include pencils, pencil sharpener, eraser and ruler, to the Cassville R-IV Bright Futures program. The supplies will be used by wildcat students in need of supplies . . . 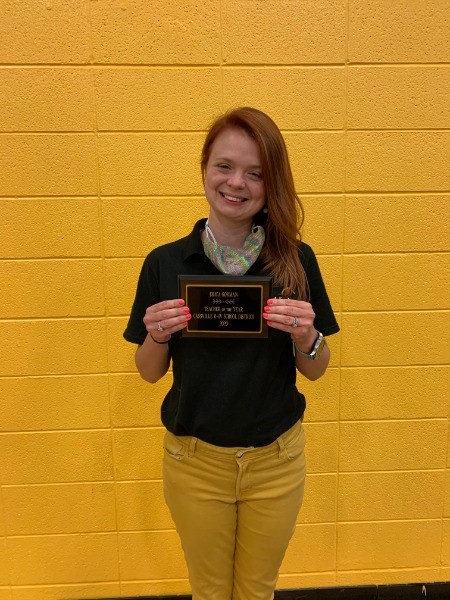 Due to the Cassville R-IV Wellness Break that began mid-March, the Cassville Community Teachers Association (CCTA) was unable to host their annual awards banquet that is typically held on campus in April. Since CCTA was . . .

Cassville preschool student, Emmy Clevenger, started a not-for-profit lemonade stand at the young age of 4 years old! Sales from the lemonade stand benefit different organizations in our community. During the month of August, Emmy opened . . .

Activities and Athletic Director, Doug Martin, has announced the following dates for senior night during the fall season:  Softball - 9/1 vs. Nevada  Volleyball - 9/1 vs. Blue Eye Soccer - 9/3 vs. . . .