Tonight
Clear, with a low around 50. Southwest wind around 6 mph.
Friday
Increasing clouds, with a high near 72. Wind chill values as low as 48 early. Southwest wind 5 to 9 mph becoming light west in the afternoon.
Friday Night
Mostly cloudy, with a low around 47. Calm wind becoming northeast 5 to 8 mph after midnight.
Weather forecast provided by weather.gov.
Search

December Title I Parent Night is scheduled for Thursday, December 9th from 4:00-5:30PM. Title night will take place in the Primary/Middle School cafeteria and the surrounding classrooms.

Dinner will be provided. The menu is chili, cheese sticks, crackers and cookies.

Christmas Spirit Week in the Intermediate 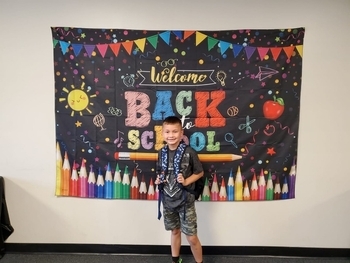 We are looking ahead to the 2022-23 school year and we want to hear from you! Please take a minute to complete this survey regarding the district calendar.

The survey will close on Friday, 12/3, at 12 noon. Thank you for taking the time to let us know your thoughts as we plan for next year!

Wildcat parents, grandparents and guardians are invited to join us for this parent workshop on Tuesday, 12/7 at 6 p.m. in the JC Duncan Gymnasium. Families are encouraged to attend this educational opportunity for adults as we work together to keep students safe and healthy.

In addition to the parent meeting, middle school, high school and Cassville Rotary Club members will learn from Mr. DeLeon.

Since joining the staff in 2008, Clay Weldy quickly became a leader in the Cassville Wildcat Football program and beginning July of 2022, he will hold the title of “Head Coach.”

During the November Board of Education meeting, the board accepted the resignation of current Head Football Coach Lance Parnell and selected Weldy to lead the program during the 22-23 season.

“Coach Parnell has dedicated nearly 25 years of his career to Cassville Wildcat football and played a key role in making this program one of the most respected programs in the state,” said Doug Martin, Cassville R-IV Athletic and Activities Director. “We are looking forward to Coach Weldy continuing this strong tradition of success and know he will do a great job for our student athletes.”

Parnell has only resigned as the varsity football coach. He will continue to be employed by the district.

Parnell became a member of Wildcat Nation in 1998 when he joined the district to teach physical education and to coach quarterbacks and defensive backs. In 2002, he was named Defensive Coordinator for the Cats and Head Coach in 2013.

“I have been coaching football for 26 years,” stated Parnell. “I have loved every single minute of coaching the game that I love. It is time to move on to a new challenge, and I am excited about that.”

Weldy is no stranger to wildcat football. After coaching a short time at Buffalo, he joined Cassville R-IV in 2008 coaching quarterbacks, running backs and receivers. He was promoted to Offensive Coordinator in 2012.

“I am very excited to have the opportunity to serve as Head Football Coach of the Wildcats,” said Weldy. “Cassville has been home to my family for 14 years and we are looking forward to being a part of wildcat football in this capacity.”

Weldy, and his wife Susan, are both graduates of Aurora High School.

We have over 20 individuals that make up our transportation team at Cassville R-IV!  These hard working wildcats are responsible for transporting hundreds of students to and from school safely each day.  Pictured, Jake Kloss and Lane Truman serve as the district Transportation Garage Managers.  They work in the Transportation Garage daily, completing preventative maintenance and repairs.

Kloss has been a part of our transportation team for 15 years and has worked full time for the last six.  In September of this year, Kloss was promoted and now serves as the Transportation Garage Manager.  He recently passed his written mechanic test with the Missouri Highway Patrol and is now certified to complete the summer safety inspections.  Truman was hired as the Assistant Transportation Garage Manager in October.  Prior to this, Truman was a full time bus driver for the district.

Add a little Wildcat Love to your Christmas Tree this year!

Eunice Thomas Elementary is selling these ornaments for $5. You may purchase an ornament in the primary office. Proceeds will be used for primary PBS incentives.